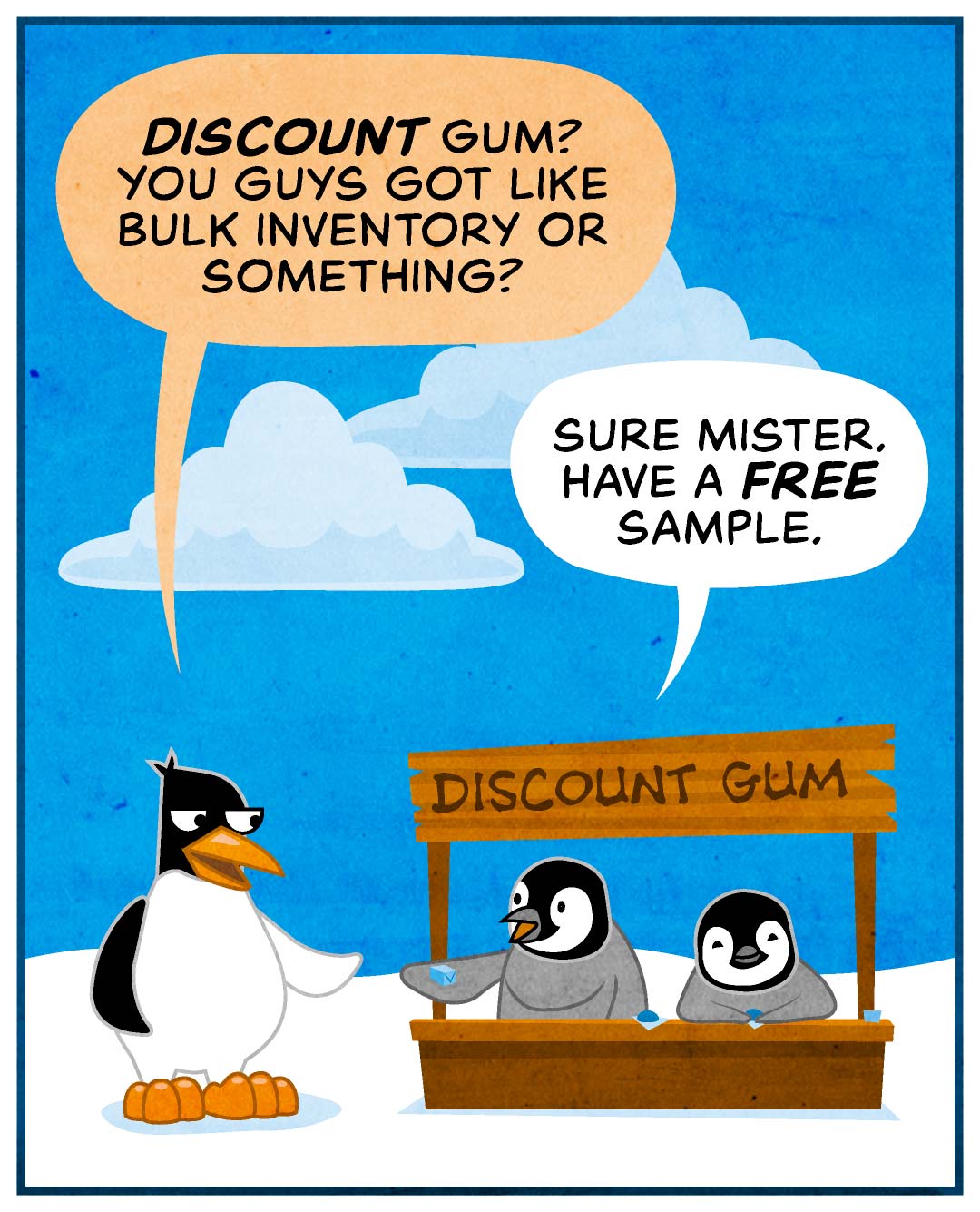 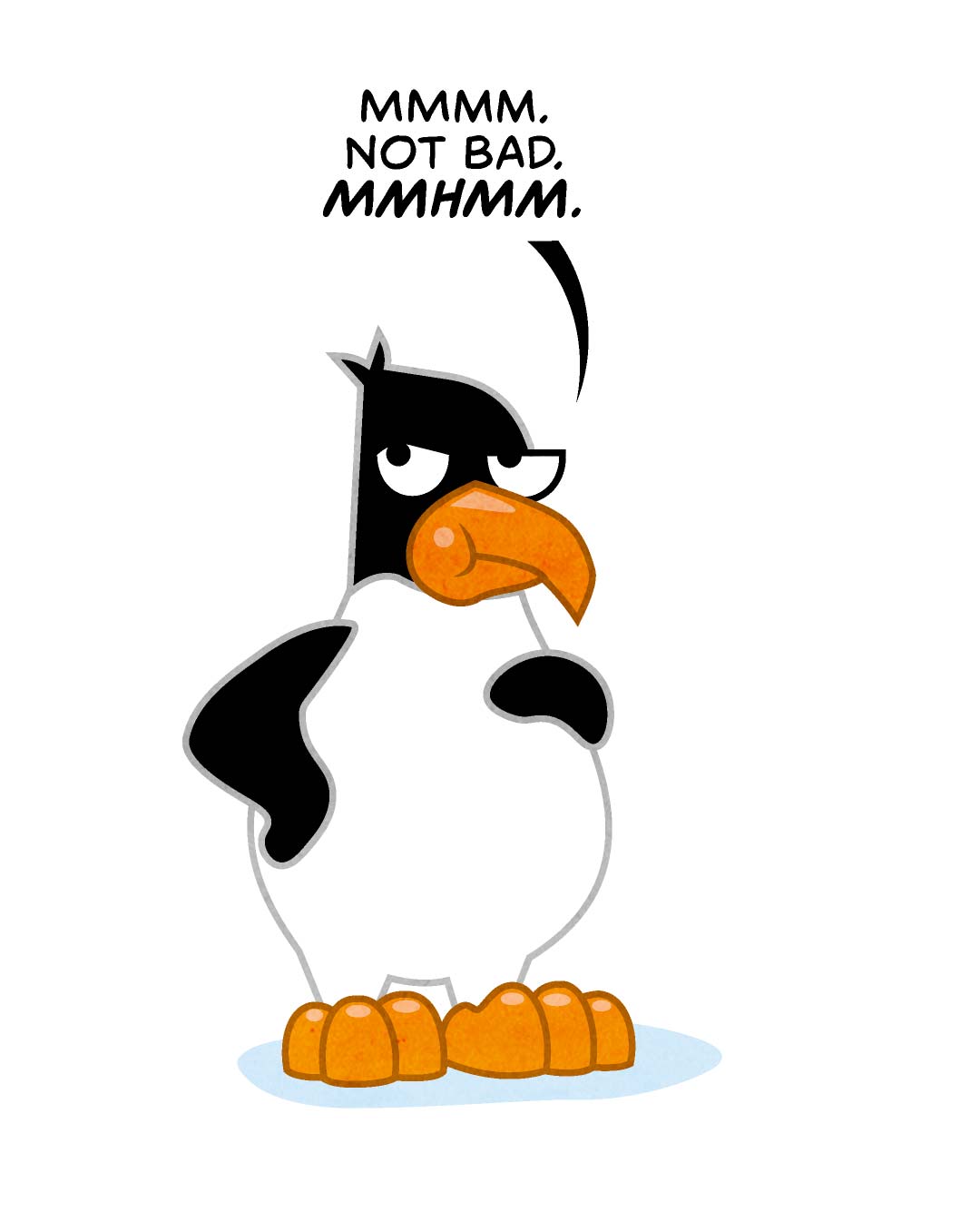 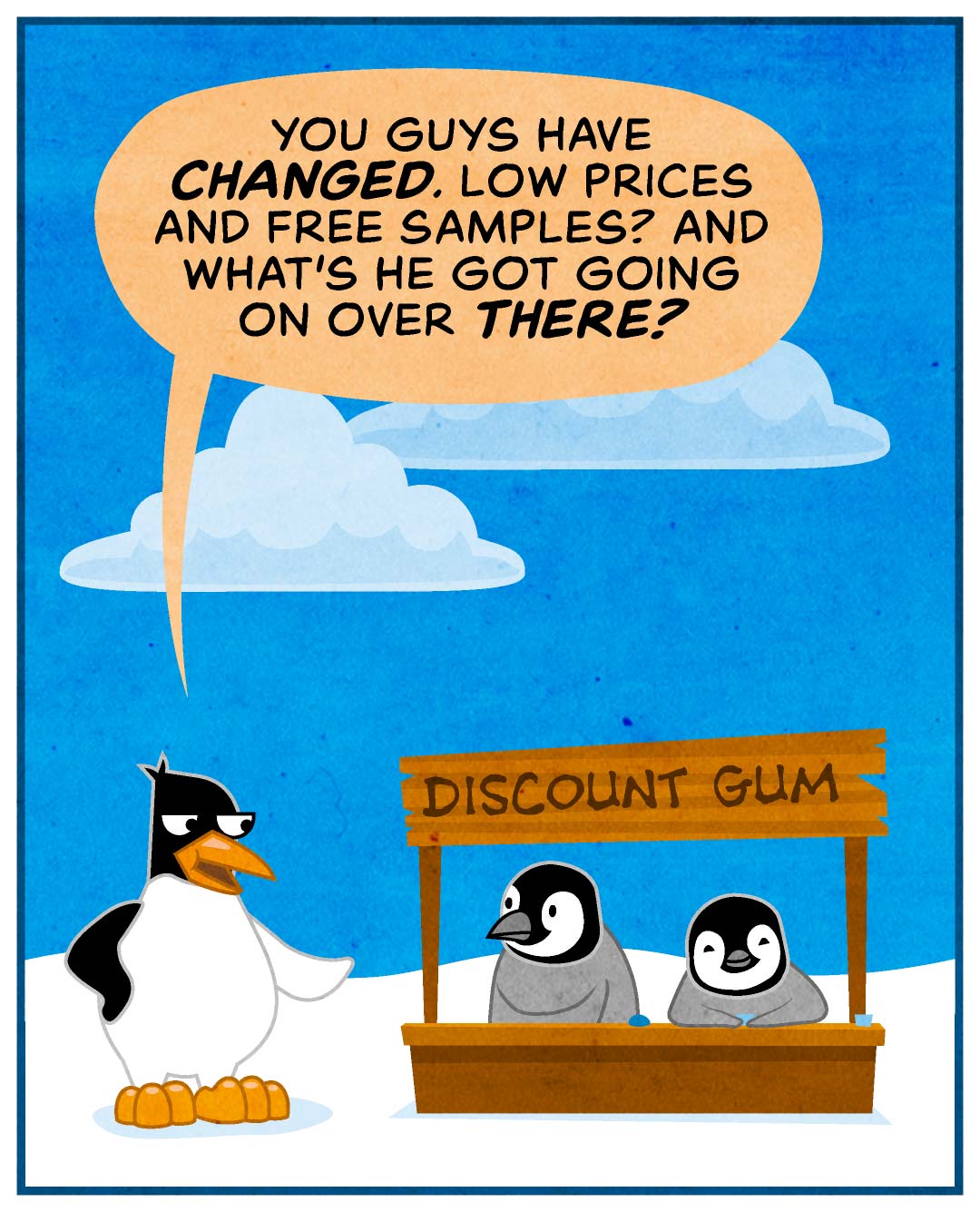 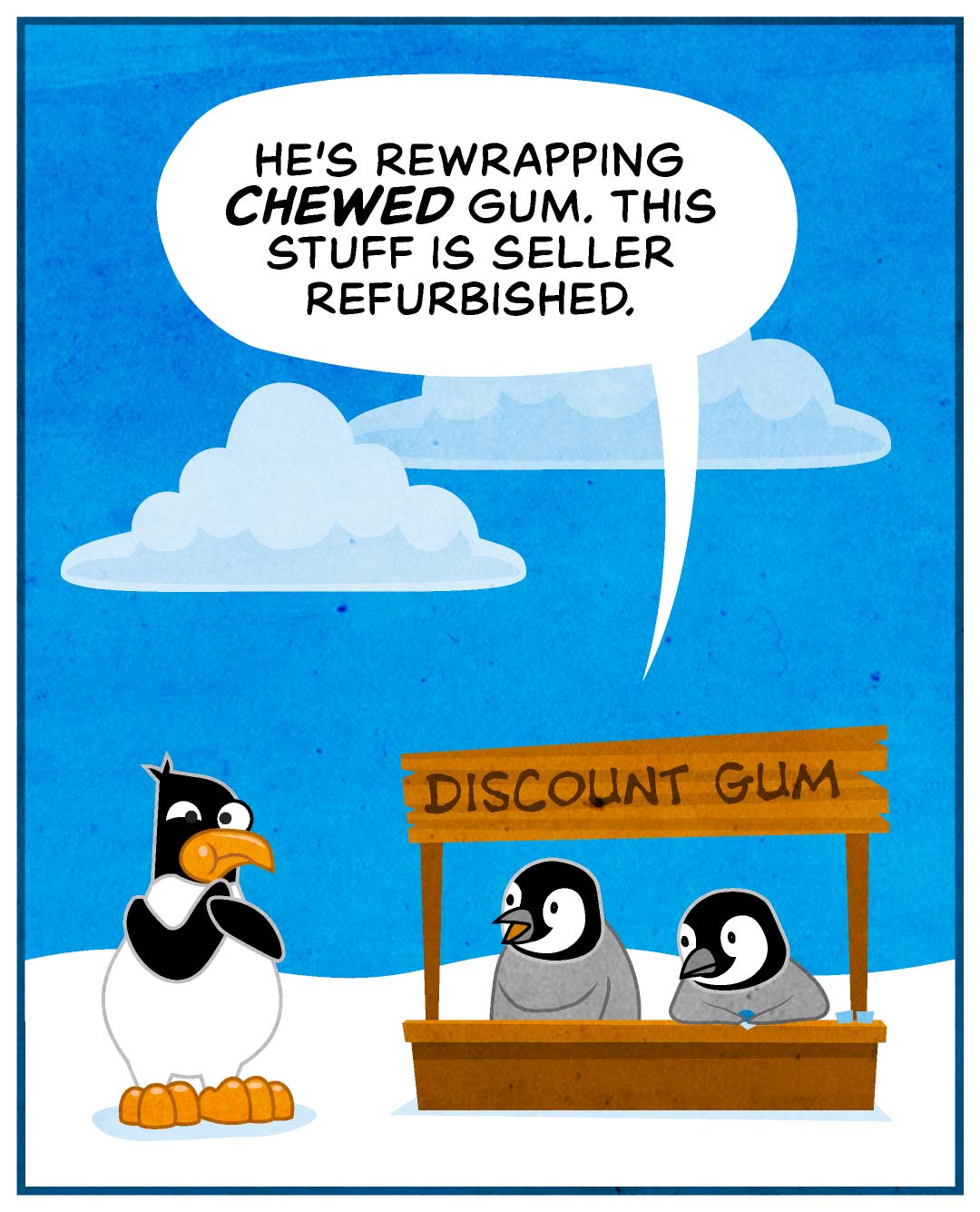 Yeah, they actually haven’t changed at all. Same old juvies with their scams. You’ll notice they’ve fluffed up a bit since we last saw them. I felt they needed an update, cute’n them up and get them looking more like the Emperor Penguin chicks that they are. Have a good week, and don’t buy seller refurbished gum! Not even for a good deal!

Speaking of Emperor Penguins, BBC Earth has a new show called Dynasties and one of the episodes (the one that was on last night) featured Emperor Penguins and their harsh life. Apparently it was quite a stressful episode for viewers and the camera people actually intervened to save penguin chicks (normally they never intervene with nature when filming, but that’s silly, we are part of nature, we should always help when we can for all the bad we do). I might have to wait until it shows up on Netflix. Until then, BBC Earth has another great related show on Netflix called Frozen Planet.