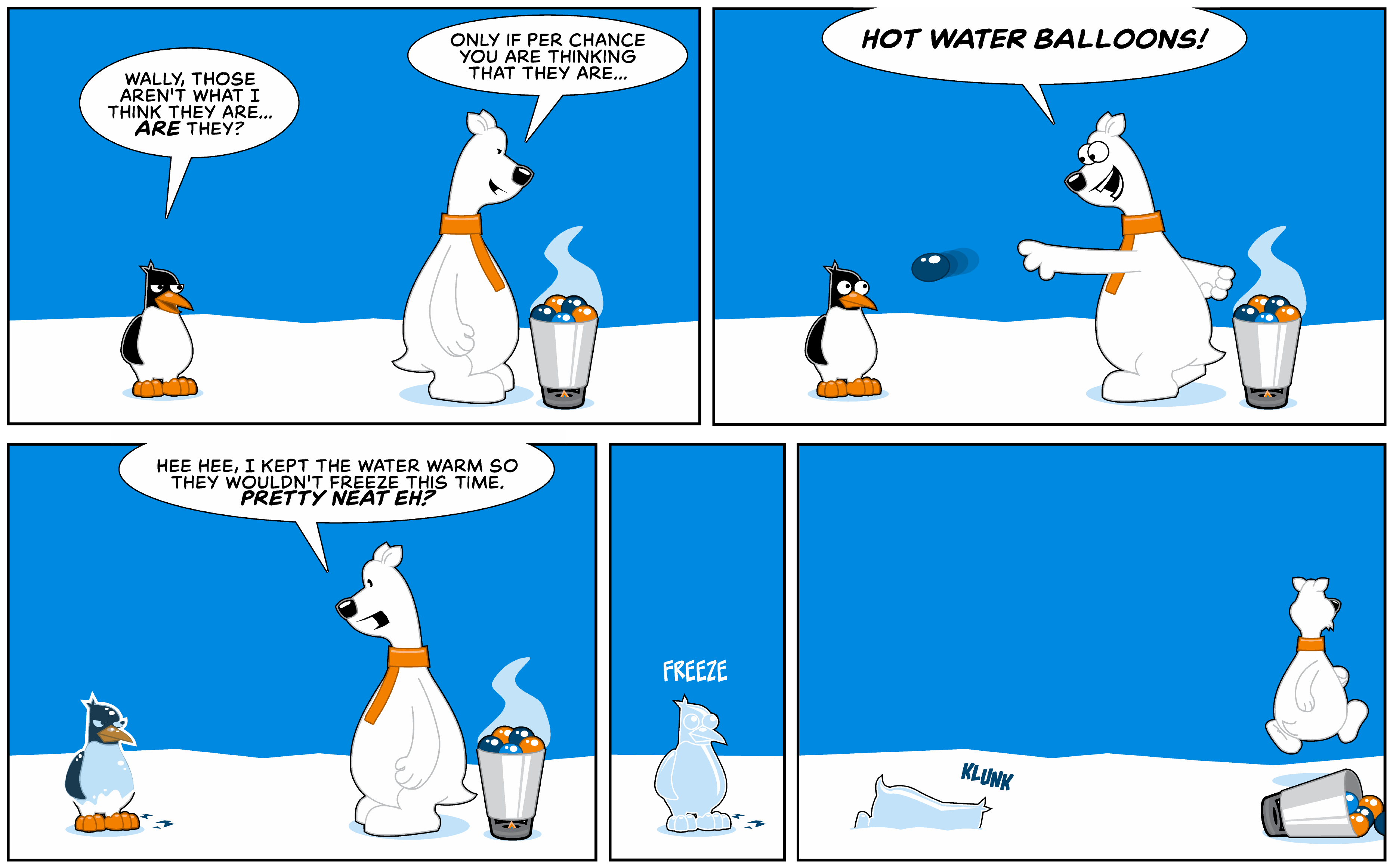 Being the water balloon comic was a lot of people’s favorite I thought it was time to do another one on the subject. Wally is really trying to pull it off, he thinks the whole water ballooning someone is a great idea. His execution of it in a frozen climate is just giving him trouble.

Another thing giving some trouble is the South Pole Current Weather report. That report is from the Amundsen-Scott base there at the pole. With such an extreme location and such extreme weather I can only imagine why it is offline a lot. It kind of looks bad having the error message there so often so I’m switching the current weather report to a base on the Antarctica Peninsula. Probably more fitting anyway since that’s more apt to be where Wally and Osborne would be, somewhere along the coast there, the pole is 800 miles inland and does not support any wildlife. I might switch it around to a few of the different stations on the peninsula and see which one is the most stable, I’d like to use San Martin as, well, that’s my name and it seems to be a major center there, but it’s weather is offline right now.

Either way, looking at all the Antarctic weather reports, is making it feel really warm and cozy where I am.