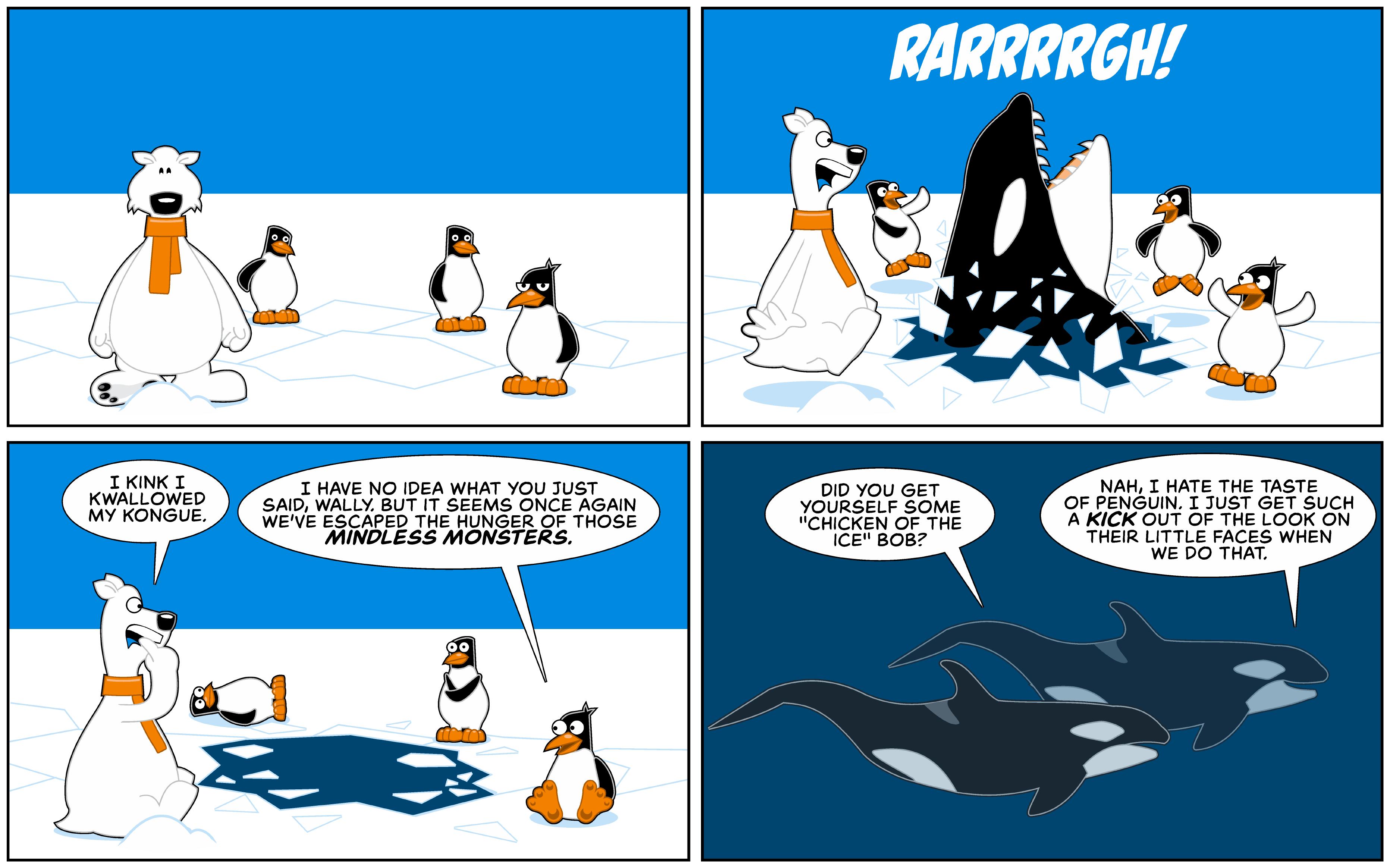 When a whale sticks its head up out of the water for a look around up top, that’s called "spy hopping". The orcas in the video below are not busting up through the ice to gulp up penguins, but most likely having a look to navigate the ice channels. Every winter, much of the water surrounding Antarctica is frozen, when warmer weather comes, the ice starts to break up forming channels of water between large sheets of ice. Orcas often swim up these channels in pursuit of prey such as giant Antarctic cod that come far into the ice, or closer inland seeking refuge. They have the advantage as they have gills. The orca must maintain a route along channels it can surface for air.

Make sure you took notes. There will be a quiz later.