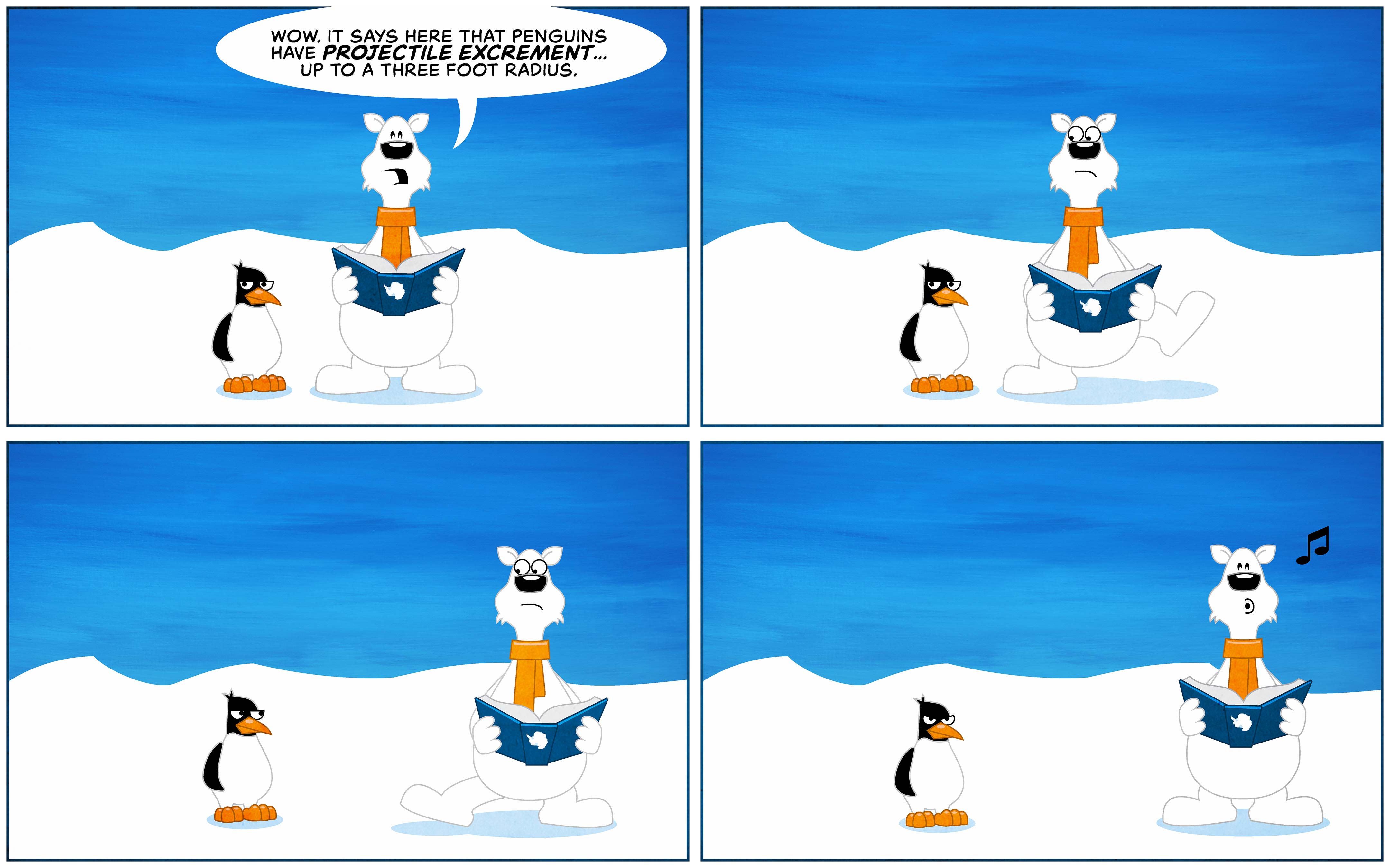 Adelie penguins build their nests with a circle of rocks. Outside that nest you will see a splattered ring of the evidence. Scientists have an Ig Nobel Prize Award for scientific achievements which cannot or should not be reproduced. Penguin poo wins the area of Fluid Dynamics where they measure the actual pressure they launch that stuff out at. You can read more here. Thanks to Lee M for the link.

I want to thank all the people that are coming to the site and reading the comic. Also much thanks to those that posted the encouraging comments in my forum and the other various forums that I’ve shared the comic in. It has been up for a week and I’m already having a lot of fun with it. It’s actually at two weeks worth of strips.

When I was creating the comic I wanted it to be big and in color. Not like the tiny black and white comics of the newspaper. It’s the web and such things are easily taken advantage of. However I really optimized it for 1024×768 resolution and higher. So if you are on 800×600, which is a lot fewer these days, then you are having to scroll the comics a bit. With the large format comics you are having to scroll a lot, just pretend they are infinite canvas comics. Seriously though, if you are a regular reader with only 800×600 then let me know in the forum. If it is a real problem then perhaps I can have an alternate sized comic for those of you living in the ice age. 🙂